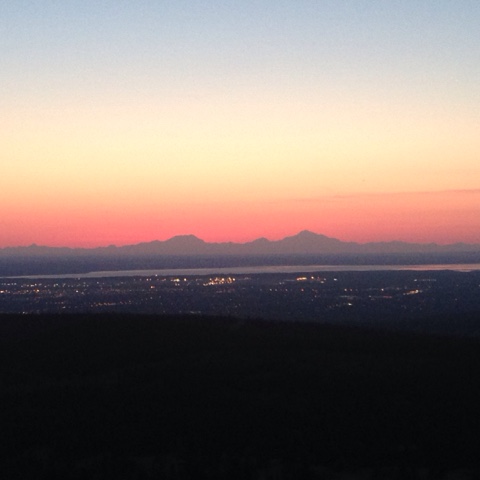 Some friends are always there when you need them, and after saying goodbye to my husband last week until 2016, did I ever need her.

So after nearly 9 hours of traveling, one of my dearest and oldest friends was standing at the curb outside of Ted Stevens International Airport waiting for me to pick her up. It was a beautiful night, and although it was well after 11pm, the sun had yet to set. We quickly hugged and raced into the mountains to watch the sun set over Mt. McKinley and Anchorage. 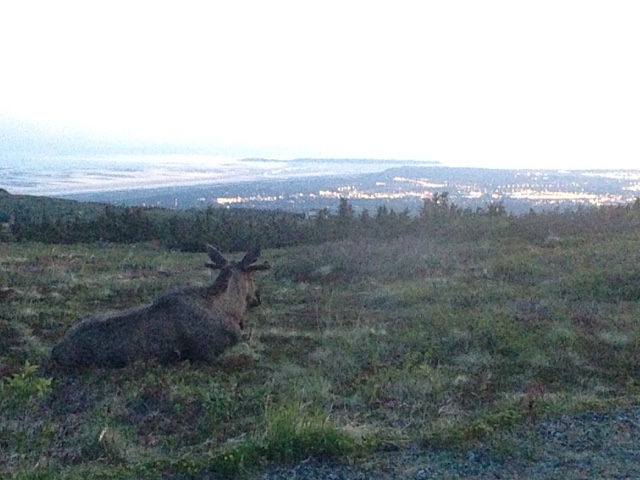 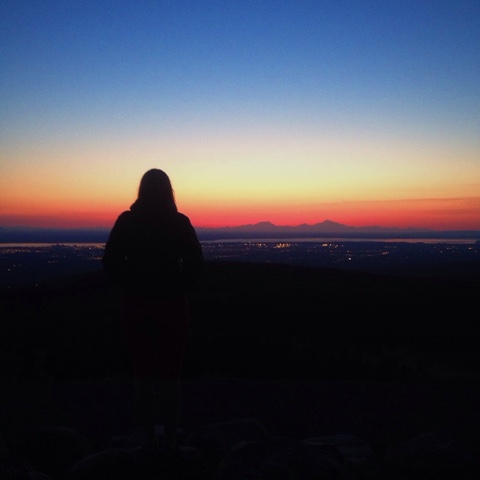 It was nearing 1 in the morning by the time we finally reached Casa de Bennett. We’re known for staying up talking all night, but we forced ourselves into separate bedrooms. We had big plans for the morning.

As soon as we were both awake we quickly dressed and headed out the door. I pointed my car towards Denali National Park and we were off down the Parks Highway. This day was supposed to be our only clear, non-rainy day of the week so we had to utilize it wisely.

Mount McKinley was out in all her glory for Karina’s visit this day and was she ever shining!

Once at the park, we caught the last bus of the day into the park. It was a tourists dream (and made me cringe even more than I thought possible). However, we both made it through without hurting any other tourists on the bus and explored the park a bit. The road was only open to the Toklat River, but we made the most of our trip in.

Although I wasn’t able to capture picture of everything we saw, our animal sightings for the day included: wolves, coyotes, Dall sheep, caribou, grizzly bears, moose, and so on.

Once we reached the park entrance again, we pointed the Subaru south and headed for home. There were more adventures to be had. 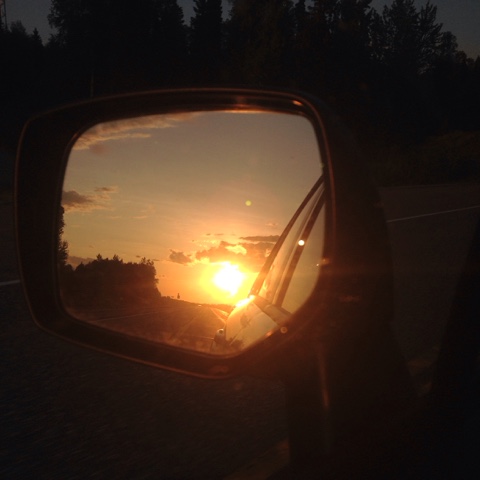 The next morning we, once again, woke bright and early. This time our adventure was of a different sort. Unfortunately the good weather we had the fortune of having in the first 36 hours of Karina’s trip would not be seen again for the rest of the duration of it. The rain was threatening the entire way down, but hadn’t started falling yet when we reached Seward.

We checked in with Kenai Fjords Tours, parked the Subaru, and used our little bit of extra time to stretch our legs walking around Seward.

When our boat, the Nunatak, departed for Fox Island we were immediately inundated with wildlife.

Then, served a prime rib meal on a private island for lunch. Afterwards we skipped rocks on the pristine shore while waiting for our boat to depart again, this time for the Pacific.

By the time we reached the shore again the rain had started to fall. However, nothing could dampen our spirits after the amazing day out around Resurrection Bay.

We quickly took a trip down to the Exit Glacier before setting our sites, once again, on home.

Tired of the rain that was still falling when we woke up, Karina & I decided to spend the day exploring Anchorage. We did slept in, did some shopping, and toured the Alaska Native Heritage Center.

Later that evening the rain finally stopped falling, so we took Bosco & Bucket for a hike to Thunderbird falls – Bucket’s first hike!

Not letting the rain stop us, we took off for Byron Glacier on Wednesday. Unfortunately, the lack of snowfall this winter proved for lackluster snow caves at the base of this glacier this summer.

On the way home we stopped for lunch in Girwood and then hit up the Winner Creek Trail so Karina could use the hand tram to cross the gorge. She was perfectly content with only going halfway then let Bosco & I have a turn as well.

On Thursday we toured the Iditarod Trail Headquarters, where Karina took a short sled dog ride around the grounds.

Afterwards we walked around the town of Talkeetna, where, we also completed our Junior Ranger badges at the Talkeetna Ranger Station. This is a tradition that comes from Karina’s first visit to the West when we met in Jackson Hole, WY.

Friday we took a drive to and then a stroll around Matanuska Glacier.

It was a beautiful afternoon, but the weather wouldn’t last as we headed up Hatcher Pass. When we reached the top, it was snowing. So we did what any normal person would do in a snowstorm on the 5th of June, we built a snowman.

Before she departed on her last day, we walked around the city market, where Karina finally took a bite out of her first, long awaited, reindeer hot dog.

I held my own as we locked arms and hugged goodbye on the airport curb, but was reduced to a blubbering, snotty mess once I drove away. It was an epic trip and I cannot wait until next time friend.

2 thoughts on “Karina Does Alaska”