June 19, 2014
While I take looking for a job very seriously there are only so many things I can do in a day to advance myself. So after shuffling through the morning job postings, Bosco & I decided to venture out into Eagle Creek to take a walk on the historic Iditarod Trail. 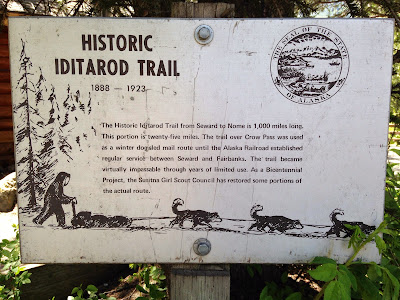 Beautiful! Then again, I’m not seeing much around here that isn’t beautiful. 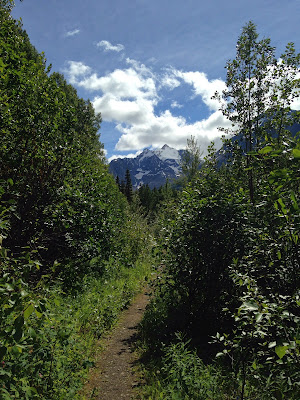 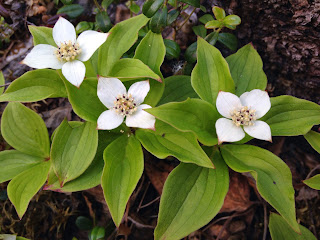 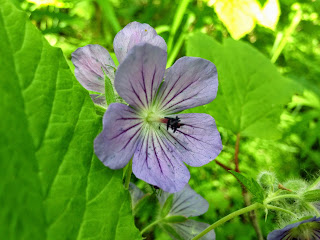 Not more than half from the parking lot (after already having hiked over 7 miles), I stopped to snap this little picture. 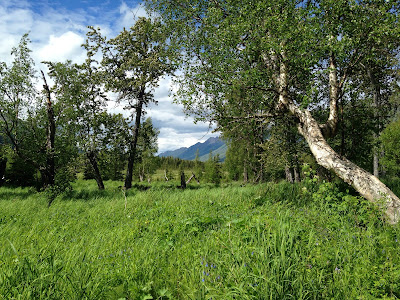 I’m finding my little iPhone 5 camera to be an injustice to the world of Alaska. It does nothing to show the actual beauty of this place. Well that was a sidetrack… the real point of this story is that as I was once again admiring this little area, a movement caught my eyes. A small, juvenile black bear was contently doing his bear thing in the tall grasses. Well crap. Where was momma? Not wanting to linger in this area any longer, I unharnessed my bear spray, removed the safety for only the third time in my life, and began down the trail again talking calmly, but loudly to my new little friend. Unfortunately for me, the only way back to the parking lot that contained my little Crosstrek was to proceed slightly closer to the juvenile. So I checked my surroundings, feeling fairly confident I wasn’t about to be ambushed from a short distance. Anything like a pissed off mother bear would have to step into the opening, which was large enough thankfully that I would at least have some reaction time with the bear spray, even to a fast approaching black bear. Fortunately wherever mom was, it wasn’t close enough that she wanted to come hug me and cover me in adorable black bear kisses.
Crisis averted. I also think it’s time to retire my bear spray and start carrying a real gun. Bosco, I don’t think we’re in Montana anymore. 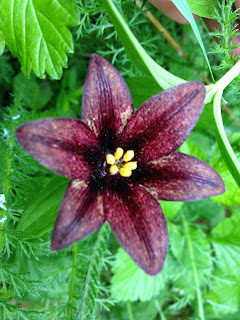 Later that night I met up with a friend of a friend from Missoula for a hike up Near Point Peak, on the southern end of Anchorage. Although I had already put in 8 miles that morning on my Dew Lake Loop hike I wasn’t going to pass up the chance at a guided hike from a local. So Bosco & I packed up again and headed for the trail head. 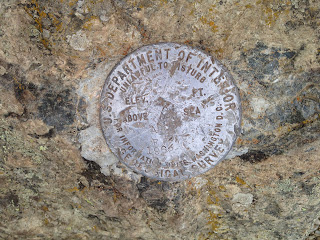 Near Point added another 8 miles to my day with a 1,900 ft gain, but the views at the top did not disappoint. 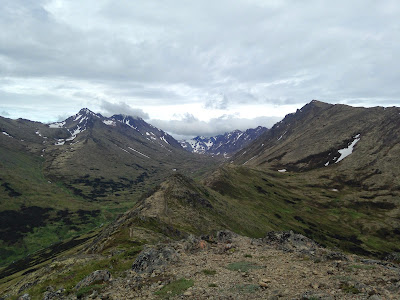 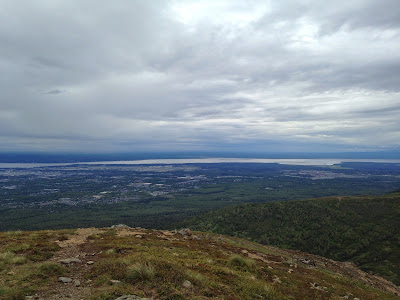 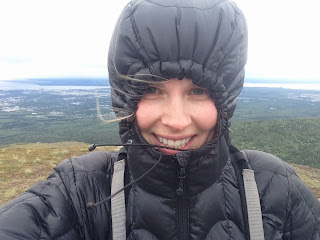