Just beside a portion of the historic Iditarod Trail sits an old boat. Although seemingly out of place, the boat makes for an interesting trek with a picturesque backdrop.

The Nomad belonged to Joe Reddington, Sr (the Father of the Iditarod). He purchased the boat, which was specifically designed to endure the harsh waterscape of the Knik Arm mudflats, to use as a fishing vessel. It was grounded near Reddington’s cabin in the 1960’s and has remained there ever since.

It couldn’t have picked a better, more picturesque spot to run aground if it we’re Noah’s Ark itself. By way of the crow, the boat sits just outside of Anchorage, but across the Knik Arm and therefor requires a more extensive drive to get to. I’m hoping to venture out this way more during different times of the year to capture this magnificent vessel. 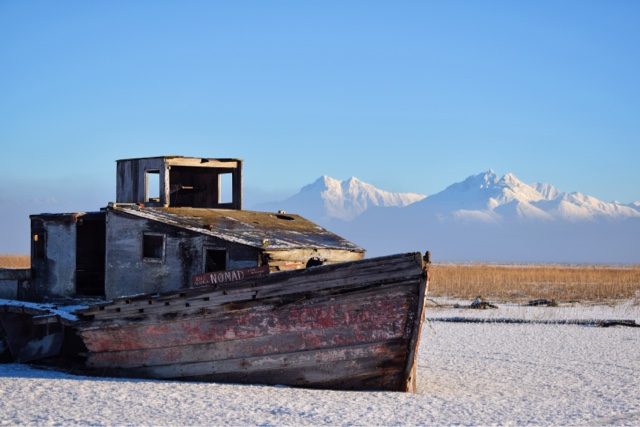 Be the reason someone still believes in the goodness of people.
Listen, am I the most attractive gal out there?
If the earth was flat cats would have pushed everything off of it by meow.