January 27, 2015May 28, 2016
Birthdays are kind of a big deal to me. They are a celebration of one’s life & time on this earth thus far. They’re about appreciating what we’ve gone through to make us who we are at that particular moment & knowing we’ve got so much more to do.
I’ve said it before and I’ll say it again, since turning 25, birthdays are no longer about gifts (sure, they’re nice) but more about appreciating and experiencing life (but adventures are better).
My husband, Brian, turned 27 today. This is his first birthday we’ve had the pleasure of physically spending together so I wanted to really show him how I do birthdays.
I had two criteria for Brian’s 27th birthday – I wanted it to be a new experience for him and I wanted it to be something Alaskan. So I set up a dog sledding tour with last year’s Iditarod winner, Dallas Seavey.

We drove out to Willow early Sunday morning in the subzero temperatures. It being this close to Iditarod 2015, Dallas along with his A & B teams were out on a long training run, but we met his amazing kennel staff & our tour guides for the day. 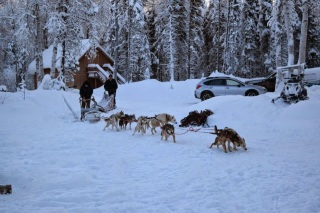 Once the team, a mixture of Iditarod veterans and new yearlings, was harnessed and ready to go Brian was heading down the trail on a blanket of fresh powder and across a frozen lake. I watched them disappear into the tree line then retreated for the warmth of a yurt. Inside I sipped on hot chocolate and read a fascinating book authored by Dallas himself. 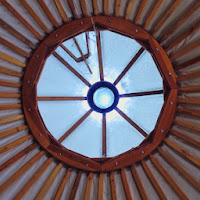 I knew they were getting close to returning when the kennel outside lit up with the barking and howling of the dogs left behind.

Brian stepped off his sled, a smile literally frozen on his face. It was now around noon time and had only warmed up to -1 degree. Inside he thawed out next to the fire. A puppy, probably around 10-12 weeks old was brought in to play with us while everyone warmed up a bit. As we watched the little rascal run around the room, we were given the history of the sled in the center of it.
Made out of hockey sticks, Dallas made this sled only a few days before last years Iditarod. He not only won the race, but he shattered the previous record by nearly 5 hours. He’s got an amazingly interesting strategy he’s working with for this years race, but you’ll just have to tune in to see how that develops.

Before leaving, we stopped by most of the dogs for a little meet and greet. Fingers frozen, we hopped back in the Subaru & headed back to Anchorage.

Monday was Brian’s actual birthday, but he, like most of us boring, weekend warrior adults had to work that day. Like usual, I was up with him at 5:30, made breakfast for the two of us & sent him off to work. I am fortunate enough to have Monday’s off, so in between breakfast and lunch, I meticulously cleaned the house, something not unusual for me to do during one of my days off. As soon as I sent Brian out the door from lunch I was out the door to pick up his birthday surprise supplies.
When he returned home from work for the day, I was already lurking in the shadows. He walked into the house to blaring ‘epic war music’ playing on the speakers. The windows to the front door were covered with a Happy Birthday!!!! sign so he couldn’t see what was waiting for him inside. The whole way up the stairs were all kinds of goodies waiting for him: cards from friends, family, & myself, a tiny, candy filled piñata, and a surprise ? Mario box (you know, the kind Mario smashes for coins) unknowingly filled with his ammunition (silly string) and a note to come find me.

We had it out in the downstairs hallway & now I’m going to be cleaning silly string out of my house for days! 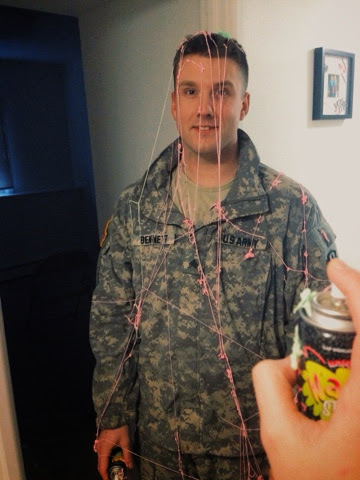 Happy 27th birthday love!
If you never did, you should. These things are fun, and fun is good. – Dr. Seuss

One thought on “Brian turns 27”