October 15, 2014May 28, 2016
It should not come as a surprise to anyone who knows me that I have created a bucket list strictly for Alaska. Knowing that my time here is limited has kept me in a mind frame to appreciate everyone and every adventure I come across. Knowing that we’re only here for as long as the U.S. Army wants us here gives me a hunger to explore as much of the Last Frontier as I possibly can as quick as I can.
A few items on my Alaskan Bucket List were crossed off after our adventure this past weekend.
Knowing it would be our home for the weekend, the car was meticulously packed Thursday night. Brian had Friday off, but I still had to work until 6 pm Friday night. As soon as I clocked out of work, I raced home to pick up Brian & Bosco, finish a few last minute details and we were back out the door by 7. The highway was calling. Unfortunately, the weatherman’s prediction of freezing rain was also coming true at the same hour we started down Hwy 1. The going was slow, but seeing as how Brian had nearly totaled the truck earlier in the day, neither of us seemed to mind the slow, but safe pace we were setting down on the pavement. (He’s okay, btw, just a little banged up. Thankfully the truck isn’t totaled, but she’s going to need some work.) We drove until we couldn’t take it anymore and pulled over from the half frozen road into one of the many pullouts on the Parks Highway. I’d converted the entire back half of the car into a bed, something Bosco was so appreciative of on our drive. Needing only a few modifications to transform from storage space to bed, we threw on some pj’s and nestled down for the night. The tap tap tap of the rain on the car roof lulling us to sleep.
Although the fog & rain eliminated all of the view the night before, I was very familiar with this area and knew the mountains surrounding us were stunning. Thankfully, in the wee hours of the morning, lit only by moonlight, they presented themselves to us before we parted ways. We continued north, watching the sun rise over the mountains as we drove.
Stopping only in Fairbanks for a fill up we pressed on towards the Dalton Highway. Around the time we reached the mostly unpaved Dalton Highway, the snow was just starting to fall. 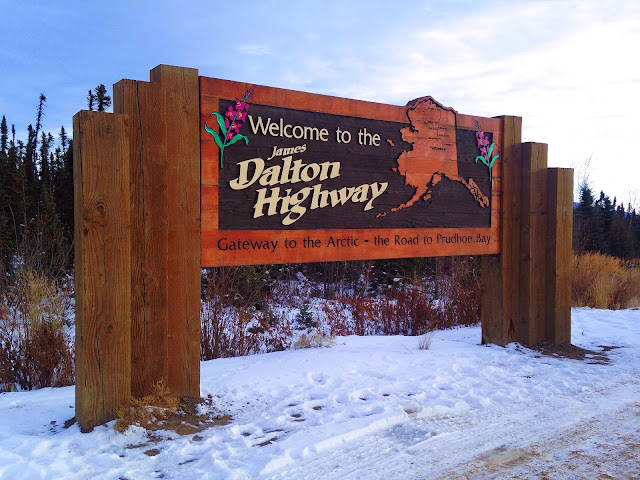 By the time we reached the Arctic Circle the winds were blowing snow in all directions. The entire reason for driving here was to strip down to only our boots and take a picture in front of the sign telling you where you’re at. Why would we want to do this you ask? Well why not?! And Charlie, if you think I’m kidding about the Christmas cards you might not want to open up the one addressed from us this year. 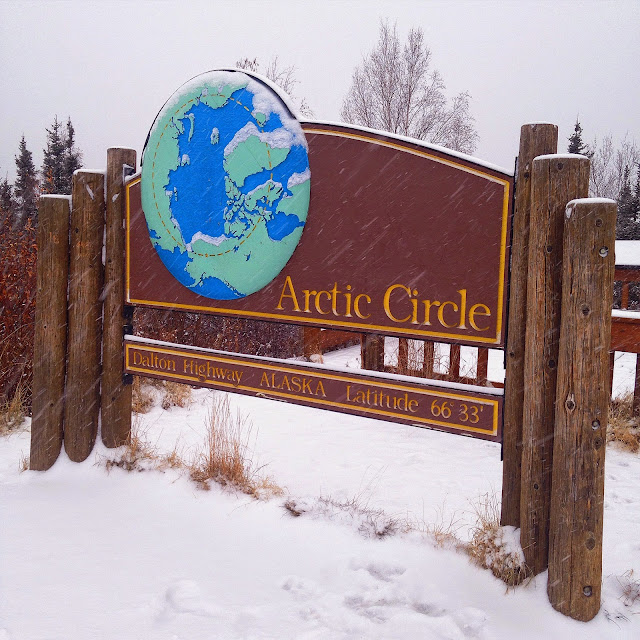 Once fully clothed again in all our winter gear, we cranked up the Jet Boil & made a delicious meal while Bosco enjoyed his time out of the car and in the snow. 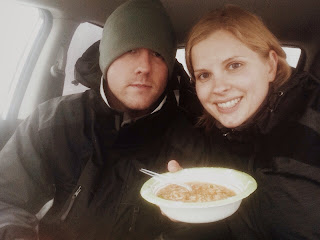 Not wanting to be stuck on this particular road in a snowstorm for the night we turned the Subaru around and headed back towards Fairbanks. The North Pole was our next destination. Even though Santa is on vacation until November, I still had to see this magical town that Christmas threw up all over. The light posts are candy canes & twinkle lights are aplenty. After snagging some dinner, we quickly toured the town via car. As quick as we came we were back on the road home. We made it as far as the entrance to Denali National Park that night & turned the car down the park road. In front of the Denali National Park sign we peacefully slept in the back of the Subaru as the lower temperatures brought the snow down around us. 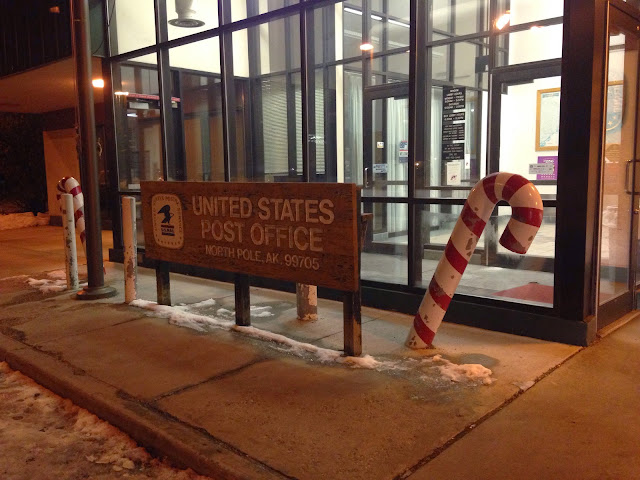 In the morning we woke to a blanket of snow. I was up first & moved us a little farther down the road to enjoy some breakfast with a view of the sunrise. 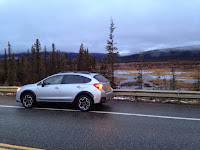 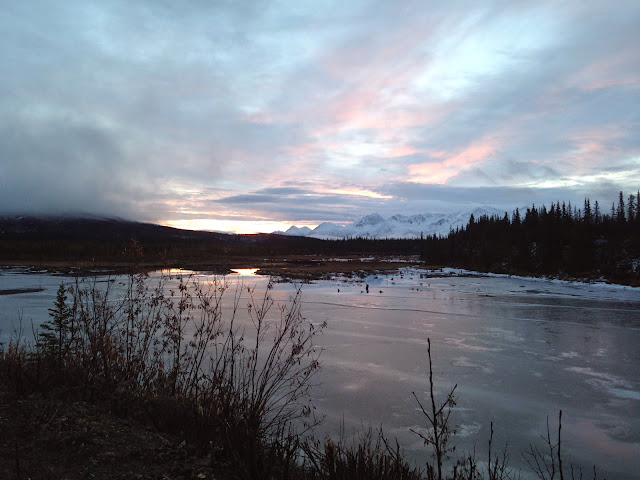 I was happy to be heading home. Excited to see Bucket. To take a hot shower.  But as I looked in my rear view mirror & saw Bosco & Brian curled up together, I knew that I would just as happily keep going like this for weeks. My whole life was in that car.
This road we’re headed down… I couldn’t be more excited for it…
Hold on to me as we go
As we roll down this unfamiliar road
And although this wave is stringing us along
Just know you’re not alone
‘Cause I’m gonna make this place your home