The hunt for a job back in Missoula has been going… well, let’s just say it continues to go on. I’ve been getting frustrated & even a little down about it (esp considering an incident w/ a job I thought I had locked down). I’ve been trying to stay positive, but as my bank account dwindles, so does my positivity.

I hopped on Facebook & saw that one of my friends was bummed about now having to drive to California (18 hours away) in one weekend to pick up a new motorcycle instead of driving to Seattle (8 hours away) like he previously thought. On a whim, I offered to drive to California & pick up the bike for him (if it would fit into the back of Mi Baja). Other than looking for a job, what did I have to do? Besides, road trips & traveling in general always seem to have a way of picking me up. So, after mulling it over & testing another bike in the back of the Baja to see if this bike would actually fit, I hit the road for another adventure.

Bosco & I set off for Seattle (we were taking a little bit of a long route to California to see some sights) to stay w/ my friends Britta & Erica for the first night. Bryce was watching Skyler for me & also gave me a list of things to stop & do on the trip out to Seattle.

One of my destinations was a little place outside of Moses Lake called Bob’s Inn & Diner for a cinnamon roll that was literally the size of my head. I had been warned of it’s sheer size & deliciousness, but I was in no way prepared for what I actually got. It was amazing! 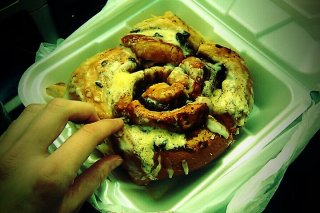 My next stop was along the Columbia River. An overlook of area known as the Gorge provides stunning views of the river far below. 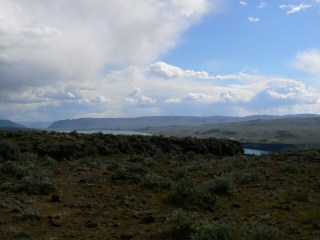 After driving through snow on all three of the passes I finally reached Seattle. My lovely hosts had an amazing dinner of tofu pad thai waiting for me when I arrived. I found this little piece of art on their stove & found it appropriate for the occasion.

After a long days drive & a filling meal, I was wiped & very happy to hear that everyone else was just as tired after dinner. So as the sun set we to set off for bed. The next morning, after a quick trip downtown to see the Space Needle it was time to explore some unknown [to me] lands.

My plan of attack was to enter Oregon through Portland then cut over to the Highway 101 along the coast. I don’t think I’ll ever regret driving down this road. Ever. If you ever get the opportunity to do it, DO IT.

On first sight of the coast I was stunned. Having only ever been to the Pacific Coast once before, last year on a trip to L.A., I was once again blown away by the beauty of this coast line. Although the Highway 101 is a much slower drive than taking a more used route, the drive offers amazing sight after amazing sight. 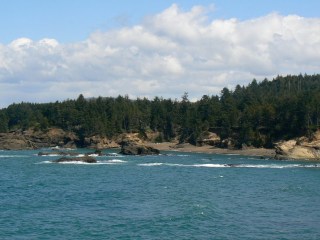 At one point I caught sight of a lighthouse in my rear view mirror.

I pulled over to take a photo of the structure in it’s stunning surroundings & was caught a little off guard by the barking of sea lions. I followed the noise to the edge of the cliff & was greeted by these talkative “little” fellows. 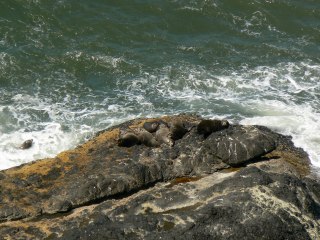 As I was “OOing” & “ahing” & snapping a hundred photos of my first look on wild sea lions an older gentleman taps me on the shoulder and points far to my left. Quietly on a rock must of been about 75 sea lions sprawled out, bathing in the sun!! 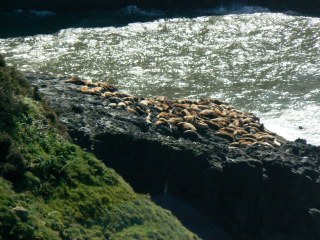 After snapping a couple dozen photos, the high winds got the best of me & I retreated back to the car. I could of probably stayed there all day, but then I’m sure I would of tried to find a way to climb closer to photograph the beasts. Around mid-day my stomach began to growl & Bosco’s legs were growing restless. So we stopped at an empty park along the beach to eat & stretch our legs a bit.

He is such a champ when road tripping w/ me. Dogs are welcome in most state parks in Oregon as long as they are kept on a 6 foot leash. The thought of letting him run on the shores of the Pacific coastline was to great & since we were in what seemed to be a deserted beach, I unsnapped the leash & released him into the wild. (Check out the video posted earlier on Bosco’s first trip to the beach for his reaction to such a powerful body of water.) 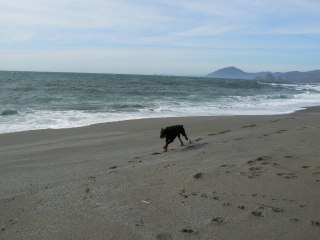 After lunch we drove all day til we reached what seemed like a nice place to stop for the night, Harris Beach.

Harris Beach State Recreation Area is just a few miles north of Brookings, OR & the California state line. I couldn’t of stumbled upon a more awesome place to stay for the night had I of tried to. Bosco & I spent the remaining hours of sunlight exploring the many wave pools that littered the shore line. My campsite was just across the road from the beach & I listened to the waves crash against the rocks as I drifted to sleep in the back of my car. 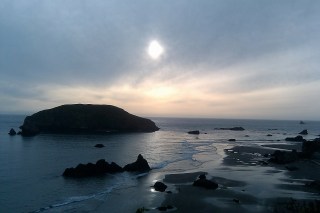 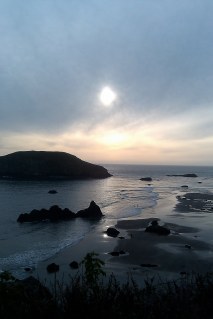 I awoke the next morning, surprised by how warm it was already even tho the sun was just coming up, & hit the road early. As much as I wanted to stay in at Harris Beach a little longer, the giant Redwoods were calling my name. 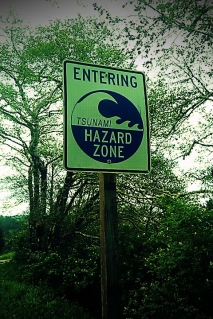 Not long after crossing the state border we entered Redwood National Park. For the millionth time my breath was taken away. Wow. THIS is another must do for anyone venturing into northern California. The park is beautiful, but the real wow factor came to me on The Avenue of the Giants in Humbolts Redwood State Park. Every time I turned a corner I was greeted by yet another, larger redwood than the previous one. I could barely keep my eyes on the road & pulled over often to let cars pass me b/c I was driving so slowly down the road.

After [reluctantly] leaving the redwood forests I continues south on Highway 101 towards San Francisco. I was scheduled to pick up Ian’s new bike around 6:30pm that night & wanted to see the Golden Gate Bridge before I had to pick it up.

While I was snapping a few photos of the GGB, I called my friend Danny, who was visiting his hometown of Sausalito, a suburb of San Francisco. After visiting his childhood home, Danny treated me to a quick bite at one of my favorite fast food chains, In & Out Burger. 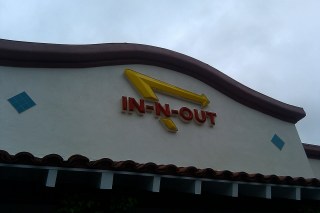 After washing all the grease off my face (I don’t normally ever eat fast food), I headed out to Berkeley to load the bike.

Within minutes of loading the bike, I shook hands w/ Steve, & was off on the road again. This time I was on a straight shot back to Missoula. After driving through a CRAZY (one of the worst in my experiences) storm atop the Sierra Nevada’s, I was wiped & Bosco & I spent the night in the car just outside of Reno, NV. Before the sun even began to rise we were off & driving our 14 hours back to Missoula. We watched the sun rise over the desert & entered new territory (for me) in Idaho. 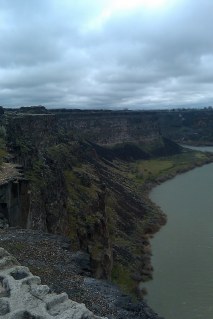 Missoula was a sight for sore eyes as I drove through the Hellgate Canyon around 7:30pm Thursday night. I need to find a job where I can travel…

One thought on “An Impromptu Roadtrip”