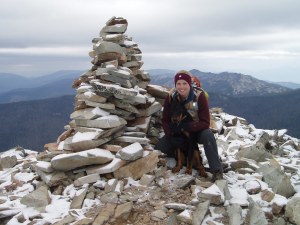 The Reservation Divide East Trail is a primary route the pyramid shaped Cha-paa-gn (formerly known as Squaw Peak). I’ve been eying this mountain up for as long as I’ve lived in Missoula, and today, I conquered it.

The trail was relatively easy, gaining about 1,800 ft in 4 miles. There was a little dusting as Kristin & I quickly traveled through a beautiful pine forest. 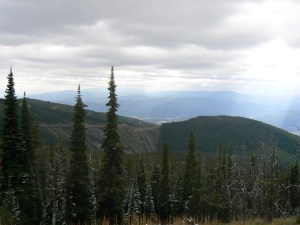 The final ascent was a slow scramble up talis rock and boulders to the 7,996 foot summit. 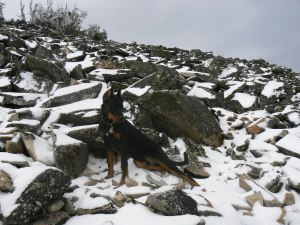 From the top we had panoramic views of the Mission Mountains, the Flathead Indian Reservation, the Missoula & Bitterroot Valleys, and the Rattlesnake Wilderness. I’ve never been in such a place to see so many sights all at once. My camera, which died just as I summited, would of done the views no justice anyhow. I did manage to get a few pictures in from the top before it did tho. 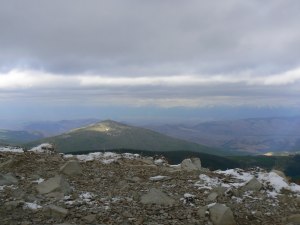 After spending about 10 minutes on top of the world, eh, I mean peak, the weather quickly shifted to an all out snowstorm & we were back on our feet scrambling to get back into the comfort & safety of the forest & our trail back home. It was kind of kool to think that as the snow fell all around us that we are more than likely the last people to summit Cha-paa-gn this season.

Will hopefully be getting more picture’s from Kristin’s camera soon!